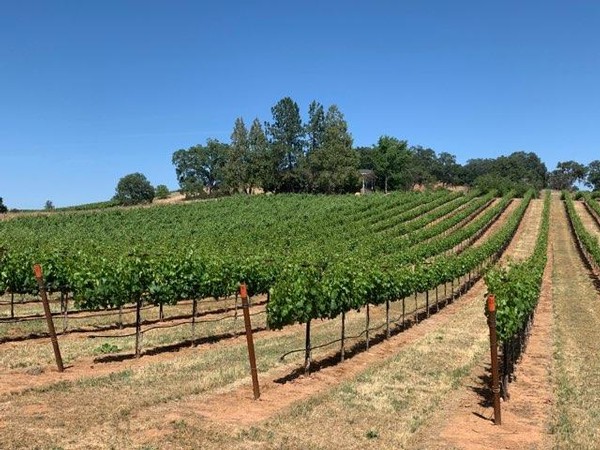 Rich and Cindy Breitmeyer are long time family friends who moved to the Shenandoah Valley in 2015.  They bought some acreage only about a half mile from Amador Cellars to build a farmhouse and plant a vineyard.  Rich worked with Michael and Larry in deciding what to plant on his 5 acres, and they decided on several new varietals that Michael was interested in producing, as well as a couple varietals that we wanted to source more of.  In 2017 Rich and Cindy planted an acre each of: Fiano, Teroldego, Primitivo, Touriga and Petite Sirah.  It is an imacculate vineyard that produces delicious, high quality wine grape.

David and Bronwyn Fields are long time residents and grape growers in Amador County, growing both Zinfandel and Barbera.  They have a beautiful vineyard on a rolling hillside about a mile from Amador Cellars as the crow flies.  They have two different clones of Barbera planted- an Italian clone, and the local, Cooper clone.  We source both of these different clones from the Fields Family (although they are often harvested on seperate days due to different ripening times) and blend them together to make our award-winning Barbera. 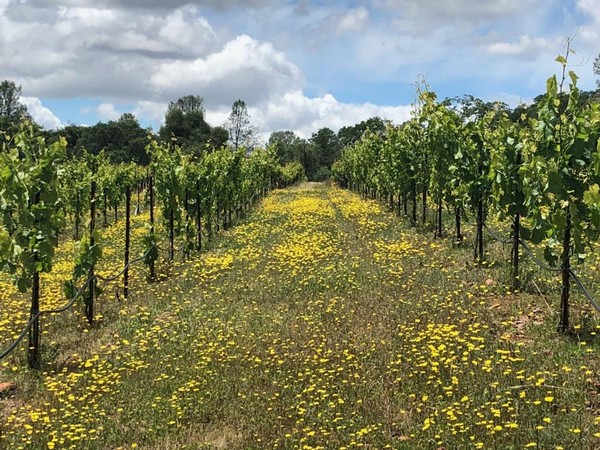 Amador Two Oaks Vineyard is owned by Randy and Beth Livingston just off the Shenandoah School Road loop.  The Livingstons bought the property in 2012, with an existing Zinfandel vineyard.  After buliding their home, they had several acres on the hillside they wanted to plant in wine grape.  After a visit from an Italiain Professor of Viticulture to Amador County, they decided to plant the little known varietal Nero d'Avola.  After studying the climate, topography, and terroir of Amador County, the Italian professor told Randy and Beth that he thought Nero d'Avola would be the perfect fit for their vineyard.  We have just bottled our first vintage and we think it was a great decision! 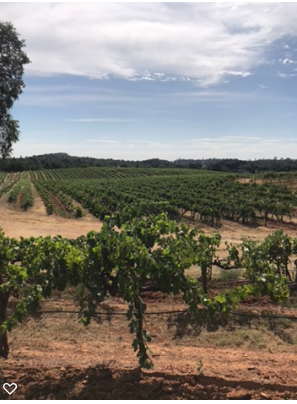 Oleta Vineyard was planted in the 1970's by Dick Martella in the Fiddletown AVA of Amador County.  The 33 acre vineyard grows 7 varietals, including two that we make at Amador Cellars- Vermentino and Montepulciano.  In 2015 Jim Riskas bought Oleta Vineyards and has since worked to update the vineyard while maintaining its heritage. 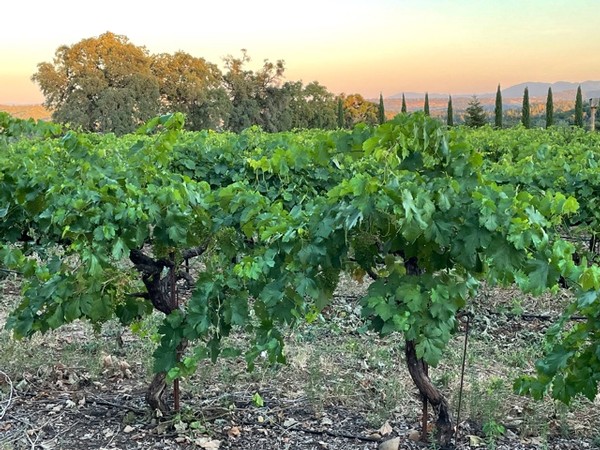 Ottimista Vineyard is owned by the Coon's and it's the furthest we travel for fruit, although it is still in Amador County.  Located in the rolling hills just outside of Jackson, Ottimista is primarily an olive orchard with several small plots of vines.  Alan grows about a half acre of Sangiovese and we have been sourcing this fruit since 2013.

Keep up to date on the latest wine releases, events, and promotions.